So, should you, are someone near you have a major issue with losing a LOT of blood, do you have the resources on you to stop it?

Not just for Boats Rock Fishing brings its own dangers,...
Read more

Remember the rule of three?

If you remember the ‘rule of three’ – survival priorities, you will remember that our first priority is first aid. Specifically, that is, the human body will die, very quickly, if it is emptied of blood.

Well, despite this little fact, many people are totally unprepared should the occasion arise that they need to stop the human body dumping its precious reservoir in an uncontrollable manner.

First of all – let’s be clear – an even higher priority than a first aid kit is first aid training.

Once you have, at least, a basic first aid course under your belt (and I suggest going beyond basic), then you need some supplies to put your training into action.

The evolution of the first aid kit

I have, for a long time, carried a first aid kit on me. This scales from the larger ‘IFAK‘ through to a little ‘bo-bo kit’ that has a couple of painkillers, some sticking plasters and a wound dressing. I generally, always have something on me.

However, as you stop to think about it, if we are to have a major trauma – which, in the context of shooting and hunting, is a possibility, it’s likely a really good idea to go that extra step and have the capability to stop major bleeding, fast. Enter, the IFAS! 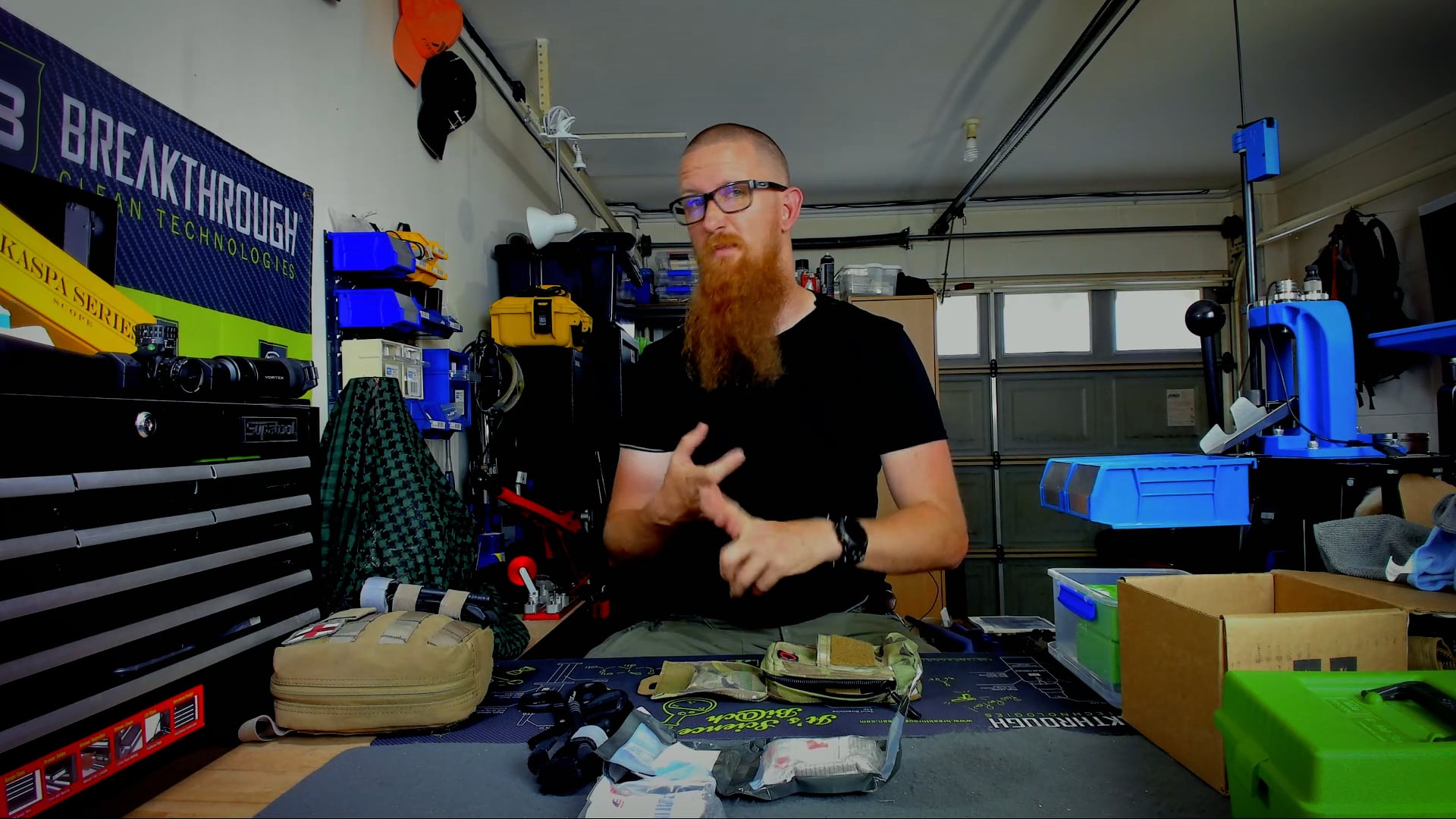 Simon at Prac Med has been beavering away on this design for some time. And it shows – it’s a well thought out, functional piece of kit – and I like things that have been well thought out!

Like a PLB, Insurance, and the morning after pill, it’s the kind of thing you hope you never have to use, but reassuring to know it’s there! 😉

Join The Blokes
Stop the Bleed. Prac Med's IFAS Kit first look Remember the rule of three? If you remember the 'rule of three' - survival priorities, you will remember that our first priority is first aid. Specifically, that is, the human body will die, very quickly, if it is emptied of blood. Well, despite this little fact, many...