Of Belts and Braces

You wouldn’t believe how hard it was to find decent photo’s for this article. Search ‘outdoors braces’ and you are bound to get a pile of Lumberjack Costumes pop up. The image of the Lumberjack/Logger/Woodman is synonymous with flannel and braces1.

I recently picked up a pair of Hunters Element XTR Trousers. I wanted some good waterproof pants – and there were a couple of features on the XTR’s the interested me. I already have a pile of Hunters Element, so it meant matching Camo, but also the full length zips and finally – they came with Braces.

I have been interested in trying out a pair of braces in the bush for a while now. As we head into wetter seasons – I figured this would be a good time to try them out.

However, as is in my nature, I was also interested in the traditional use of braces.

Looking online however, there doesn’t seem to actually be a whole lot of information as to why the brace became so synonymous with the outdoorsman, nor why it has all but disappeared in modern use.  However, this is what my research has found so far.

Trousers originally would have weighed a lot more – made out of wool or duck canvas (heavy cotton), later replace by denim, the trouser for an outdoorsman would have been hard wearing, warm, and heavy. A multi point suspension system simply makes more sense. It stops all the weight being put onto a tight belt on your hips and stops the trousers being constantly dragged down. While you certainly could just put a belt on and draw it tight, it’s constricting – leading to binding and lose of movement.

But even as trousers got lighter, people were still wanting to carry a bit of weight on their hips. The belt isn’t only just there to hold the pants up – in many cases, it’s also carrying tools – be that a firearm, knife, or other gear. There is a benefit of a belt and braces system here – really just emulating the modern battle belt and harness system.

Also – in regards to load bearing – we have all probably had some form of gear interference between our belt and our pack waist belt while carrying a backpack. Often it means a belt being pushed even further into the hips, or, the belt and pants slip out under the pack and you are now lowriding. I am interested in seeing how braces fare in comparison.

Part of the reason I haven’t tried this system earlier (the XTR Pants) is because I know that any waterproof pant, no matter how ‘breathable’ is going to be too hot to wear during summer. Heading now into cooler times, an ‘overtrouser’, which is essentially what these pants are, becomes a more feasible option. For weight reasons, I am not going these as an additional item. They will be my main pants while out hunter – either with shorts, or more likely, just some leggings underneath.

Still – I can imagine they are going to be hot at some points – and this is where another potential benefit of braces pops up.

With your shirt tucked into the pants and no (or loose) belt on – there is plenty of space for heat to escape out of the top of them. With a belt on, pants will trap heat. I am picking the leg zips, in combination with the open top is going to mean heat management will be easy.

On the flip side – once it gets cold – a pair of braces also makes it easier to harness the power of your biggest heat generating muscle group. Through a jacket on, clamber up a ridge and now all that heat is traveling straight up to be caught under the jacket around your core. 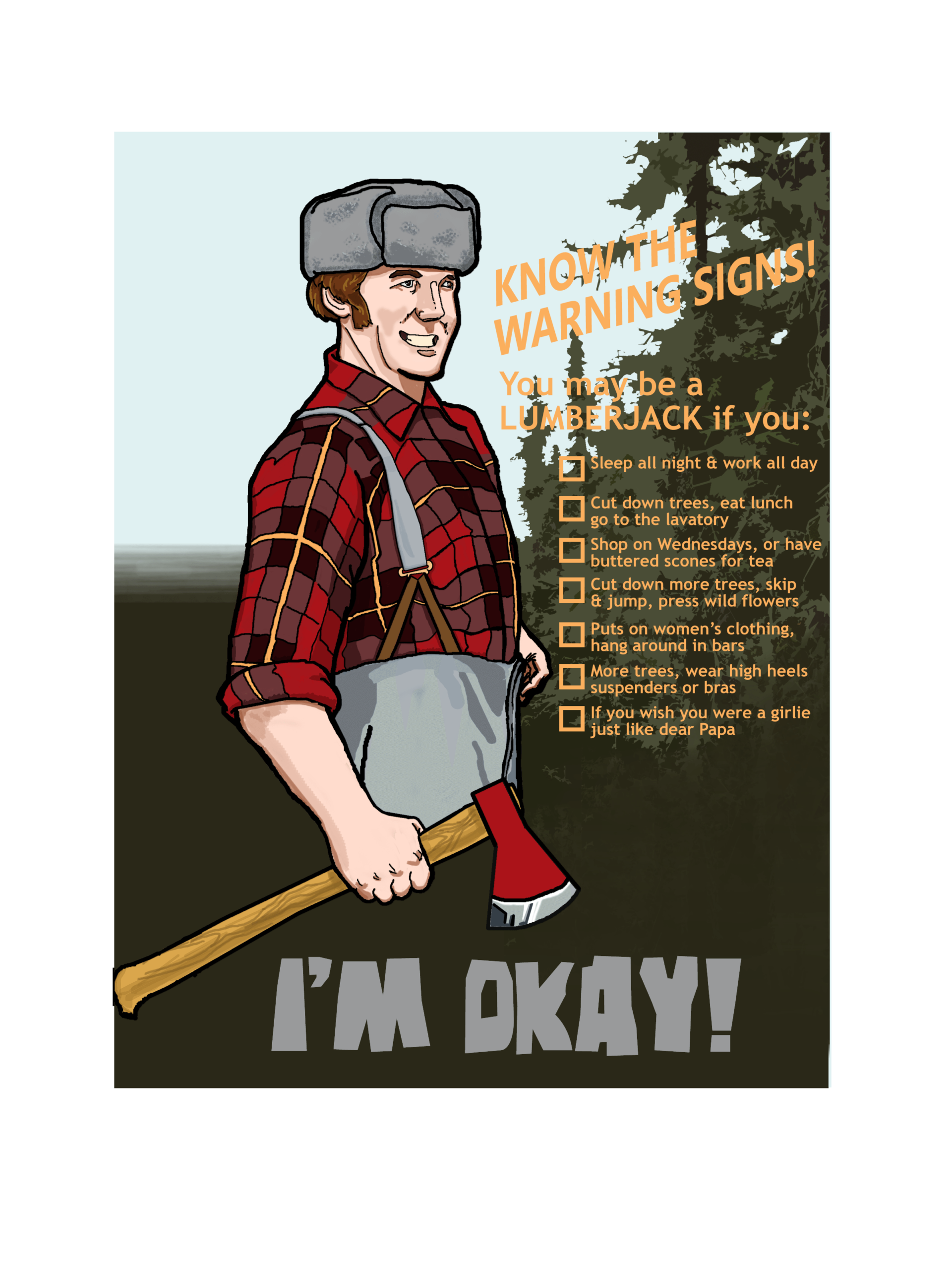 Researching this article showed up how little use/discussion there is regarding using braces in the outdoors. Is it something that has just dropped into antiquity? I guess my experimentation will help me make up my mind to their usefulness. Failing that, at least I can clip them onto my jeans and pretend to be a Lumberjack. Cause I’m OK.