I guess there isn't a huge amount to say...
Read more 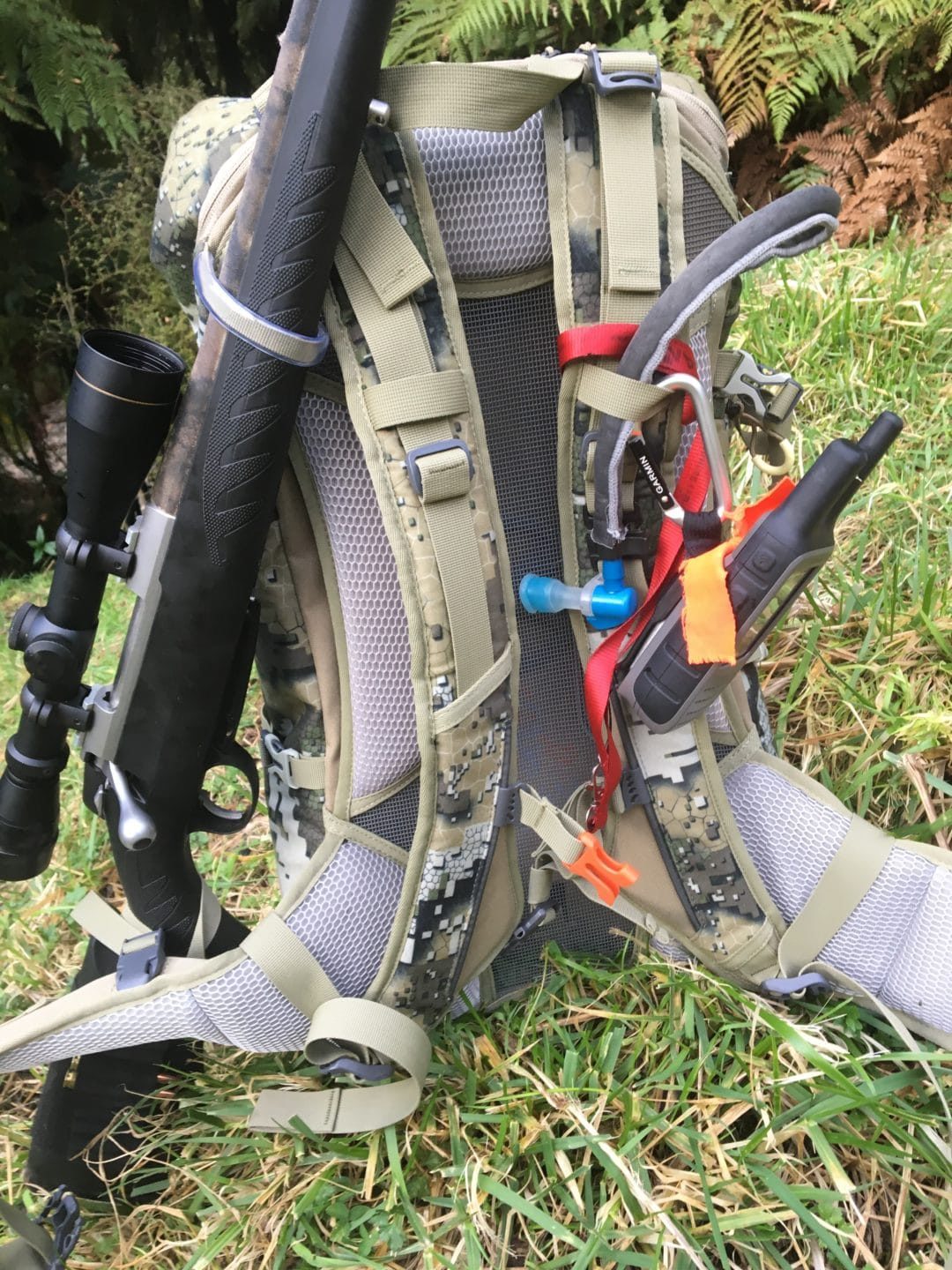 It is easy to layer clothing to regulate your temperature. But what I now notice is the other elements that contribute to bush stalking. The day bag for example.

I’ve always used a trusty fabric lightweight daypack. I was content with its performance until a recent hike into the Kaimanawas. A hike which caught me a little off guard. It had snowed and I was rugged up for a long hike into the bush. After walking into a Sika stag, I took off my day pack to get hit by a cold blast of wind. Instantly freezing my back.

I hadn’t noticed with all the stalking, but I had created a lot of moisture between me and my day bag. My jacket & thermal top were soaking under my pack. I then decided I needed to look into a pack that created an airflow. Avoiding unnecessary chills after use.

After some investigating online, in walks the Hunters Element Contour Pack.

First impressions were a little troubling. It held less than my previous 27 litre pack. Quoting at 25 litre  capacity (although I had always thought 27 litres was too much) it also had a frame so I was thinking restrictive movement and extra weight. Plus the H20 hole for the water bladder was on the side, not on top of the pack. My concern was that the bladder cable would get caught when I was trying to shoulder the pack.

However, it did boast a rifle scabbard, blaze rain cover, safety whistle & bow holder, none of which were on my previous pack. Things I had actually had to buy, such as the rain cover & whistle.

I was about to set off on a fly in trip into the Urewas and was still umming and rr-ing about leaving it behind, I was just so used to my old pack. “CHANGE IS GOOD I told myself” and thank god I did.

I was so impressed with this new pack it made me wonder why I had put up with the old one for so long. Firstly, the frame which appears to add to the weight of the pack, actually supports it in such a way that you almost don’t notice you are wearing it. I couldn’t believe it.

I had exactly the same things I always do (transferred directly from the old pack to the new). The frame moulds and sits better when worn, evenly proportioning the weight across your back. Not slumped to the side your gear is on, so obvious now. The fabric didn’t rub & squeak on my outer layer which I had encountered a few times with my previous pack.

And the AIR FLOW system is magic. After hours of stalking, I stopped & removed my pack without the cold chill blast id experienced so many times before. One of the best things I discovered on the hunt was when shouldering the pack, the straps are stable and in position due to the frame. My arms effortlessly slipped into position (I never got hooked into the bladder cable either).

I’d forgotten how often my old pack got caught up while trying to put it on. The shoulder straps turning inside out or getting caught behind something. Sticking/ catching to the similar fabric of my outer layers. Often, I imagined I looked like someone trying to get out of a long sleeve wetsuit spinning around looking for the sleeve. Not great when you’re in the bush and trying to be quiet and composed.

Other features I should mention are the zippered pockets. There is a lot which at first I thought were too many but it was perfect. Not just one big cavity for everything to get lost in. Rather spaces that can easily be accessed. An ammo pouch, with mesh zippered pockets for an Eperb or spare batteries, a top pouch for easy access to regular items such as a hat or thermal beannie (it could hold so much more). The main pouch held my pack liner with maps/permits, led lensor, spare thermal, emergency bivvy, first aid, food & deer carry belt. There was a separate compartment for bladder, a pocket down the back of the pack was perfect for food & an extra blaze mesh top, a padded pocket for a spotting scope or as I used it for cell ph & camera, the padding guaranteed protection.

Protection I was thankful for after falling & sliding 20 metres down a steep (very steep) ravine almost over a ledge looking down to a rocky river bed.

I especially loved the looped zip pullies, I could reach behind my head to double check I had closed my pack without having to remove the pack. Over all, I am VERY happy with my new pack.

This is my go to day bag now. Thank you HUNTERS ELEMENT – this pack is the bomb!