Another day for the Stage 1…

Starting to sort the recovery rig…

After my recent requirement to help dig/pull a couple of lads who had managed to get themselves stuck in the Coromandel - I thought it was well over time to start sorting out the recovery gear for the truck.
Read more

A trip to the top of the Coromandel

To me, the true Coromandel is only reached once you have passed through, well, Coromandel - actually - even higher - with Colville (northernmost town of any note on the peninsula) representing a homecoming of sorts.
Read more

I liked the idea of externally storing the smelly stuff. In addition, the ARB design gives you a few extra pockets for storing stuff that you often need when working on or around the outside of the truck. In my case, the obligatory Morley's on one side, some rubbish bags and window wiper fluid on the other, and a couple of levelling blocks in the side.
Read more

So, it was time for another warrant on the Stage 1 Tank, and time for another list of jobs to get done. While some of them seem borderline petty, it’s also a good indication that the truck is getting back into shape – and really, there was nothing I could argue against too much.

So, the truck now has new belts (and a rounded off nut that I will have to drill out at a later date) and new light covers and a few more other things I will be ticking off the list over the next couple of weeks.

I also sold the motorbike this weekend – so the Stage 1 is now theoretically my main form of transport – it motivated me to also get another couple of jobs sorted – like finally re-glazing and replacing the window tops – finally – I can drive in the wet, and actually lock the vehicle again!

I will do a bit more of a write up on the windows shortly – I did one side with glazers putty, and the other with rubber stripping – and well, the putty looks like crap. I think it is actually eating away at the rubber on the window inserts. So, ordered some more inserts, and will pull it out and re-do it. Now I have all the right screw sizes and bits and bobs, it won’t take all that long to redo it. 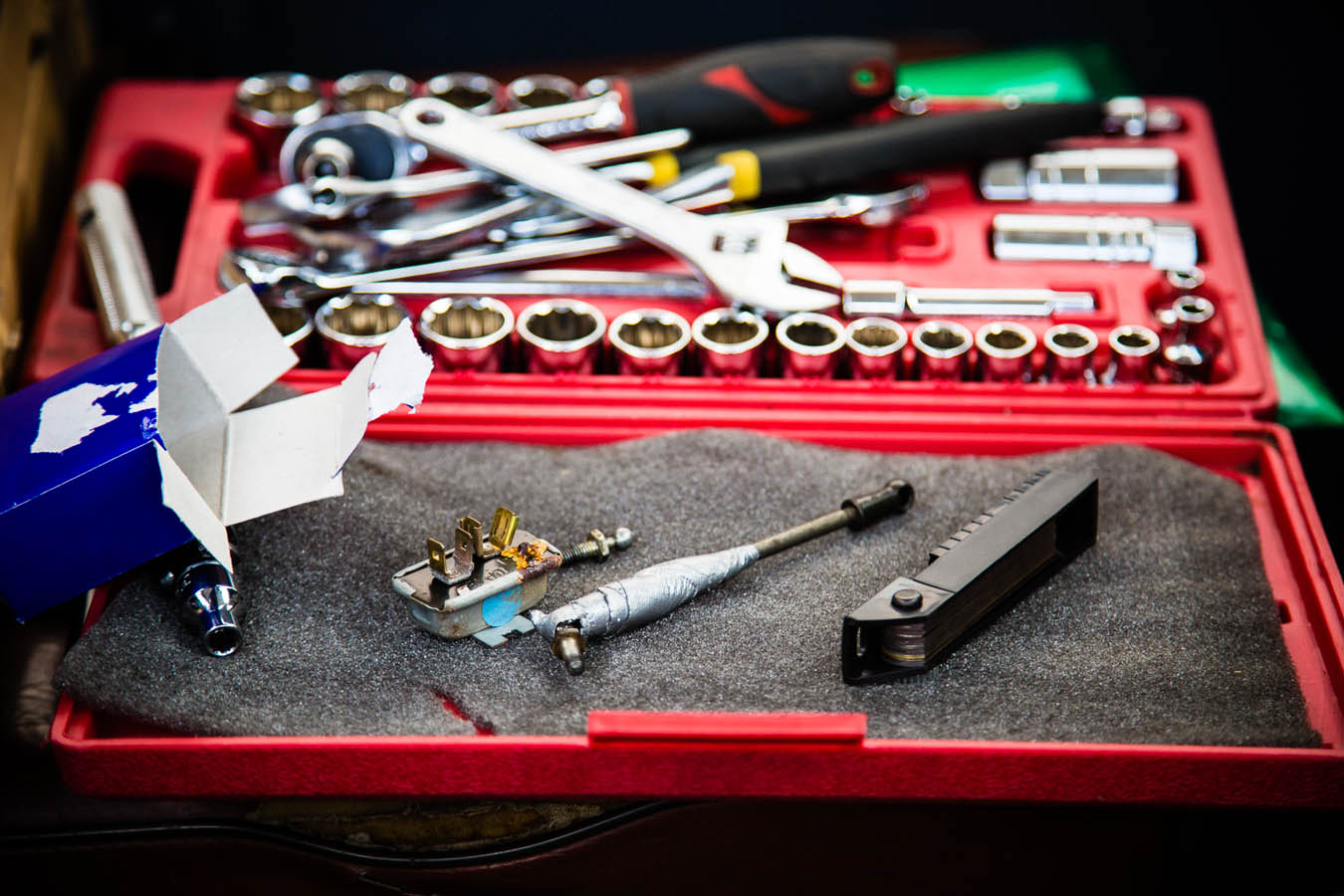 Also replaced the regulator for the instrument panel (there on the left) – which means the weirdly fluctuating temperature and fuel gauges should be sorted. It’s a common problem, and one solved with a $50 part, and about five minutes install. I also replaced the (beautifully duct taped) broken throttle linkage. So it also means I will give it another tune this weekend, just to make the carbs are properly balanced. I have also just replaced the air filters, so will need to adjust the mixture for that.

Its good. I enjoy figuring it all out (with bouts of frustration), and I like the feeling of accomplishment I get when it all goes right.