Do I need to zero my rifle in meters or yards?

I get asked this question semi-regularly - which then...
Read more

Long Range Hunting, whether you agree with it or not, has grown massively in popularity in the last couple of years. Alongside that, the development of long range hunting bullets to meet with the new, unique demands of shooting at an animal that far away.

Alongside the trend of reaching out further has come more of an understanding and demand for projectiles with high BC’s (ballistic coefficient) – projectiles need to be ‘slippery’ in the wind and have less drop, hold more energy and remain more accurate than the heavier projectiles used for hunting at shorter distances.

A long range hunting bullet also needs to retain it’s killing power. It’s all very well to have a high BC, laserbeam of a projectile – but if it just pencil holes the animal, wounding but not killing, then we have an inhumane and simply wasteful hunting projectile. Yet at the same time, we want to minimise meat damage where possible.

Furthermore, a modern long range hunting bullet needs to have a massively wide performance window. A long range, it needs to retain enough energy to properly penetrate and expand at lower downrange energy (the further the go, the less terminal velocity you are going to get) – yet not simple explode and fragment at close-range, high-velocity encounters.

It’s placed high demands on the manufacturers – yet recently, we have seen a range of new projectiles on the market claiming to do exactly this.

Is there a compromise, can they really all do what they claim? Maybe. Let’s have a look at the options.

The Barnes LRX is homogeneous bullet – which means, it is a solid piece of copper, not lead with a copper jacket. This brings good and bad to the design.

On the good side of things, the LRX will expand reliably down to 1,600 fps and most importantly, on the flip side, will still expand no matter hard it hits. Suddenly have a deer pop up at close range while you are stalking to your glassing spot? This the projectile you want in the rifle. This projectile is going to expand deep and still transfer all it’s energy from the impact to the animal.

On the flip side, the Barnes isn’t considered the ultimate in accuracy – but, they are considered consistent across a range of firearms. 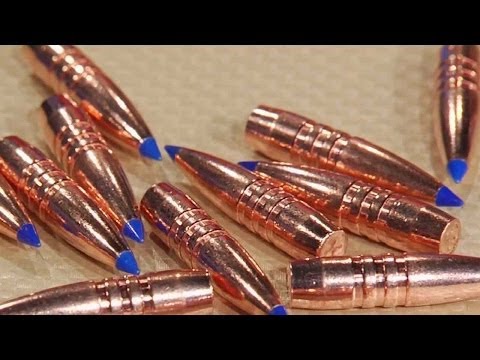 The Berger VLD Hunting bullet boasts very good BC’s and the potential for phenomenal accuracy. Its is also one of the most forgiving projectiles when it comes to seating depth – making it an easy bullet to tune.

Interestingly, its past was of a match bullet – hence the accuracy. However, people also found, upon hunting with them, that the projectile has a knack of transferring all it’s kinetic energy into the target. It turns to floor animals and can cause massive internal damage. When you need to put something down, the VLD does it. However, it is also known to lack penetration on the bigger animals. Expansion is reported consistent down to 1500 fps.

The VLD seems to be the one to choose for easy tuning, smaller animals – but for the big Deer – there could be better options.

It might be hard to accept the notion that a match bullet is a real killer, but Berger VLD Hunting bullets—the ones in the orange box—are unlike any other match bullet, even yellow box VLDs.

Important note: Do not use yellow box VLDs for hunting. The Hunting VLD is the perfect assemblage of jacket structure, shape and thickness, combined with a soft pure lead core. On contact with an animal, it acts like no other bullet ever made. 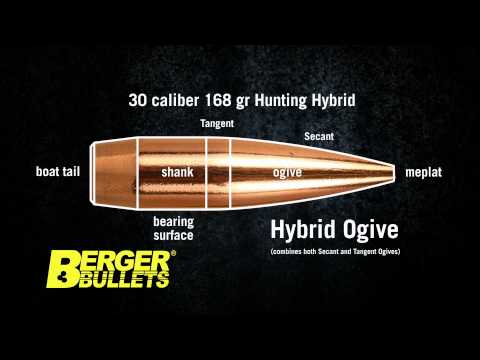 The Hornady ELD-X is the new kid on the block and already getting rave reviews. Most reloaders, at some point have shot the A-Max’s – and the ELD-X is considered a direct lineage.

One of Hornady’s big selling points is the new thermally resistant ‘Heat Shield’ tip – one designed not to melt like many of the other polymer tips are said to do. By maintaining the integrity longer, the BC’s stay higher, further out. So, great accuracy, great BC’s – what about the terminal performance?

Well, the ELD-X utilises Hornady’s traditional Interlock system – the core is of a relatively strong lead/antimony alloy to prevent excess fragmentation, and it is mechanically locked to the jacket.

I have been hearing very positive reports about the damage these are doing – to the point I have been questioning if they are a little too effective – i.e. fragmentation, multiple exit wounds and so on. However, the fact seems to remain – you hit an animal at long range with one of these, and it is going down! 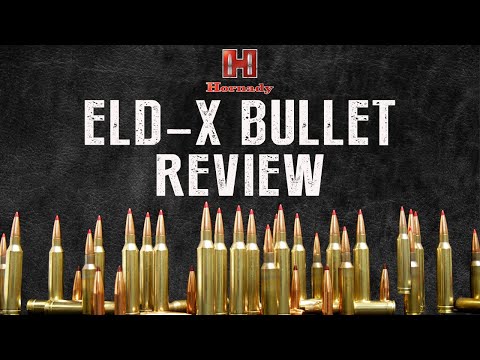 Nosler Accubonds seem to either work or not. Certainly, when they do, they can provide phenomenal results – but can be a bit finicky to get running right.

The Accubond, unsurprisingly, is a bonded bullet. Nosler is one of the kings when it comes to bonding technology. However, a bonded bullet doesn’t come without its challenges. Firstly, the core of the round needs to generally be softer than others to ensure proper bonding – this means the expansion may not be as ‘clean’ as others – though this is not to say that people are noticing separation from the jacket.

Nosler suggests that the ABLR will perform all the way from 1,300 fps up to 3,200 fps. It will kill anywhere in this range – but seems to really want to be over 1,600 fps to expanded fully. 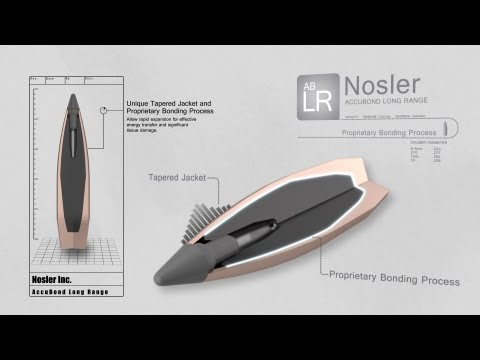 The key, I would suggest, to successful (i.e. recovery) when it comes to long range hunting bullets – is ensuring that the projectile still has enough velocity to expand as desired, but not so much that the bullet is just going to explode on contact.

Any of the modern bullets, when in their sweet spot (2,000 – 2,800 fps) will expand and cause plenty of internal damage and haemorrhaging. But, will still be able to penetrate the large animals shoulder/bones.

All are good choices – maybe, the Berger will be the best option if you don’t want to have to play around with too much seating depth experimentation, or, if you are willing to put the effort in, that extra bit of accuracy the Nosler may provide could be worth it.

Regardless, the key to successful long range hunting is having a good understanding of your setup, and the genuine, honest appraisal of your shooting. If in doubt, don’t pull the trigger on a live animal. It’s unethical and immoral.

If however, you spend the time and effort in ensuring your skills and gear are up to the task, then enjoy the challenge and reward of a long range hunt.