As part of the Hunts Course I have been undertaking – I have become increasingly aware of the need for hi-vis in the bush. It’s too easy to disappear wearing subdued or camouflage clothing in the back-country and while this is theoretically what you want – it is not so good when there are other hunters about with the same idea!

I already had a Ridgeline Blaze Camo Vest but noticed that as soon as I had my Ribz Front Pack and Backpack on, most of the Blaze was being covered up. There is no point wearing it if it can’t be seen!

I decided I wanted something long sleeve – but didn’t want to cook alive in it. Hence, hunting down the Ridgeline Sable Air Flow Long Sleeve Hi-Vis.

The Sable Air Flow is essentially a light weight, high coverage top – ideal for hunting in when it gets hot, and when you want a lot of blaze drawing attention to your location. The material, while being very light and perforated, it surprising robust – as I found out recently while bait lining just off Cutty Grass Track in the Waitakeres. So named, you guessed it, for the amount of cutty grass in the area.

So, while my knees may not have come out of it unscathed – the top did. In fact, if it wasn’t for the long sleeves on the top, I imagine I would have had a lot more cuts over my forearms from having to push through all the high grasses on the line.

Heat wise – well – I was carrying a pack, and going up and down guts. So I did sweat a little – but no more than I would have if I had been wearing a light T-Shirt, or for that matter, a singlet. If you are heading out in slightly colder weather, just leave a shirt on underneath – I did that during a recent trip – and was snug. If it heats up, just take off the under-shirt – the concept of clothing layering in action!

In short – the shirt (and the matching cap) are great. Lots of visibility, with robustness, and no overheating. These will definitely be coming with me on all the hunting trips in the future.

The issue I really have now, is my Coyote Brown Pack and Camo Front Pack. I am looking to replace the Ribz with a new version in Blaze, and will likely replace the pack shortly with something blaze as well. Remember, while it’s the shooter’s responsibility to positively identify their targets – it makes sense on your part to make that as easy as possible for them! 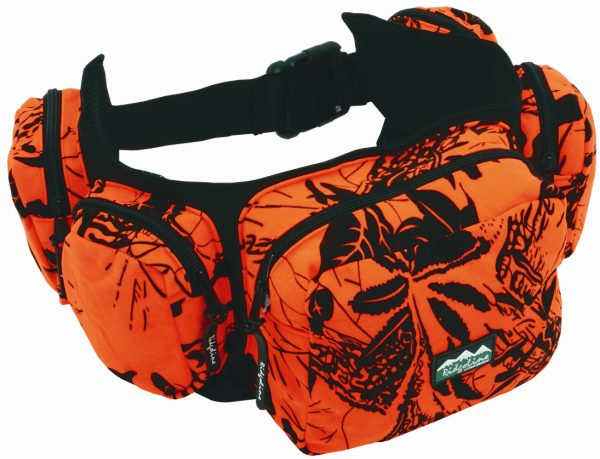